When does Electric Heating become the Environmentalist's choice? 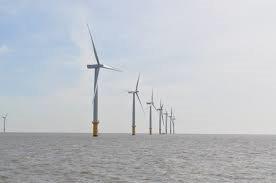 When it comes to zero emissions, Electric Heating has never been in question. Electric heating products have always been accepted by the majority of industries as the most simple and effective way to heat a process or a machine.

Often the decision to use electric has been impacted by the widespread perception that carbon intensive forms of electricity generation are being used to provide the energy required. However, as the UK power generation industry starts to transform its mix of generation technology this is becoming less and less of an issue. Combined with more and more uncertainty over UK gas supplies, the use of renewable energy to feed modern and efficient electric process heating technologies is becoming an easy choice for British manufacturers.

During the 3rd quarter of 2017, over 54% of the electricity produced in the UK was from renewable, low carbon sources. This is a key achievement. It is not merely a newsworthy 'peak' of renewable energy being pumped into the national grid, but a sustained and steady increase in its share of energy provision over recent years.

Said Dr Jonathan Marshall, an analyst at the Energy and Climate Intelligence Unit; “This latest record is yet another nail in the coffin for the claim that renewables cannot be a sizeable part of the UK’s electricity mix,” (from the Guardian).

Indeed, coal fired power stations are steadily being decommissioned. Only a small number of major stations are required, and these are more and more as back-up to the cleaner front runners.

As renewable forms of energy are seeing significant growth, so too are the technologies that are able to store and consume the electricity they produce.

Electric car and battery technology are seeing exponential development and growth, and as the use of fossil fuels reduces - both at the point of generation and at the point of use (petrol and diesel engines) - the need for electric heating technology is growing all the time.

Along with new cutting-edge technologies, where novel heating methods - such as thin and thick film heaters - are being used in electric vehicles, traditional heating products and solutions are also enjoying a renaissance.

Whilst lithium ion batteries are often the focus of emerging products being used in electric vehicles, the storage of energy comes in many different guises.

The use of electric heating in the process industry is a common requirement. The heating of liquids in tanks and pipes can not only be the most environmentally sound method for fulfilling these process requirements, but can also be a means to storing energy produced at optimal times of renewable production and supplied at off-peak periods rather than during the more expensive peak periods.

Contrary to traditional thinking, the use of electric heating technologies, combined with modern engineering methods, is delivering a more environmentally sound and sustainable approach to the process and new technology industries than is has ever done before.